Just as I said I would I’m sharing what I was working on a month ago. The Wounded Warrior’s Wife by Hannah Conway released this morning. I’ve met this lady ya’ll and she is fantastic, and also happens to be part of the reason I’m saying ya’ll. It doesn’t take more than a few hours being around for it to rub off. Not only did I edit Hannah’s book but I am now reviewing it and hosting a giveaway for a copy of her book in e-format and a coupon code for Groovebooks.

is a Christian fiction book that gives the everyday reader a peek into the life of an Army family from the perspective of an Army wife, and who better to give us that peek than Hannah, an Army wife herself. You have to read this book. Whether you are an Army wife struggling in silence, or “everyday America” seeing the news and how it affects you, you need this book. It will change your world and stick with you.

Not only does she give us a look into the experiences an Army family all too often goes through during this time when our country has been at war for over 10 years, but she gives us unique perspective into the dynamics of a family torn apart by war and duty, then the repercussions of that. She will bring you face to face with the damage PTSD can cause in a family’s life and leave you grabbing for the tissue box.

As a first time published author, Hannah Conway’s book is incredibly well rounded with a smooth story flow. You will be sucked into the lives of Whitleigh and Collier as they journey through the world of being a newly married couple with Collier being in the Army, on the other side of the world, through incredibly dangerous and trying times.

Whitleigh’s struggles to be strong on her own and support her husband when he can’t stand on his own make you want to scream at the computer that it isn’t fair, that war isn’t fair. Then all their life plans are upended when Whitleigh unexpectedly becomes pregnant and once again her husband is on the other side of the world. Struggling to get through her pregnancy alone, receiving heartbreaking news, and trying to be strong for her husband, Whitleigh learns to rely on herself to get through.

Meanwhile, Collier is in a completely foreign world, being pushed beyond limits that most people are ever asked to handle in civilian life. Struggling to balance his dreams for life and what he is forced to do, he starts to close in on himself. Unable to switch a button between home life and war, he struggles to be the husband Whitleigh needs. Will his homecoming and the birth of their child be the sweet family moment they anticipate?

As Collier and Whitleigh struggle to be the spouse the other needs yet deal with issues they each have, will their marriage survive or will it become part of a large Army statistic and shatter under the stress of war and life?

As a reader I was sucked in to Wounded Warrior’s Wife. I went through all the emotions of happiness, sadness, and anger as the story progressed. An already strong admiration for our soldiers and their families, has been dwarfed as I see even more the magnitude of that sacrifice so many of our men, women, and children live every single day. This book will change you.

The Wounded Warrior’s Wife is Available 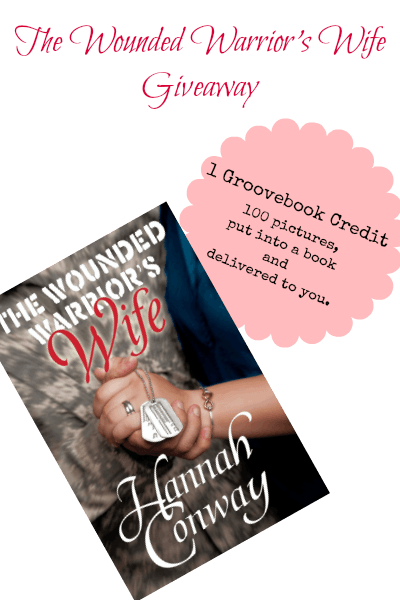 Disclaimer: Real: The Kitchen and Beyond X is a participant in the Amazon Services LLC Associates Program, an affiliate advertising program designed to provide a means for sites to earn advertising fees by advertising and linking to Amazon.com.