We’re bring back kids cooking Monday and starting it off with my oldest son’s creation – a Philly Cheese Steak Loaded Baked Potato.

Now doesn’t this sound delicious? I have the insider scoop that it IS indeed scrumptious and is a super easy homemade recipe.

And now for a word from our kid chef, Eabs.

I was watching a “humble potato” challenge on Food Network Star Season 9 on Netflix, which challenged me to do something special with potatoes. I tried to think up my one idea for a mix of two foods. One of them was Philly Cheese Steak Loaded Potatoes. I asked my parents if I could make it, and they said yes. The idea was to mix both the Philly Cheese Steak (cheese, onions, and bell peppers) and loaded potatoes(cheese, sour cream, potatoes).The peppers gave the onions and meat some sweet flavor, and the sour cream tied the flavors together. We baked six potatoes and there was five of us. Our dad got the sixth for his lunch the next day. 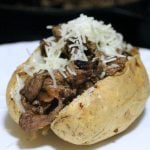 Cooking Class Tip: Use a skewer or fork to make holes in the potato so steam can escape while baking. Otherwise you risk a potato exploding in the oven.

What is your kid’s favorite food to eat or make? Leave a comment so we can try it too! 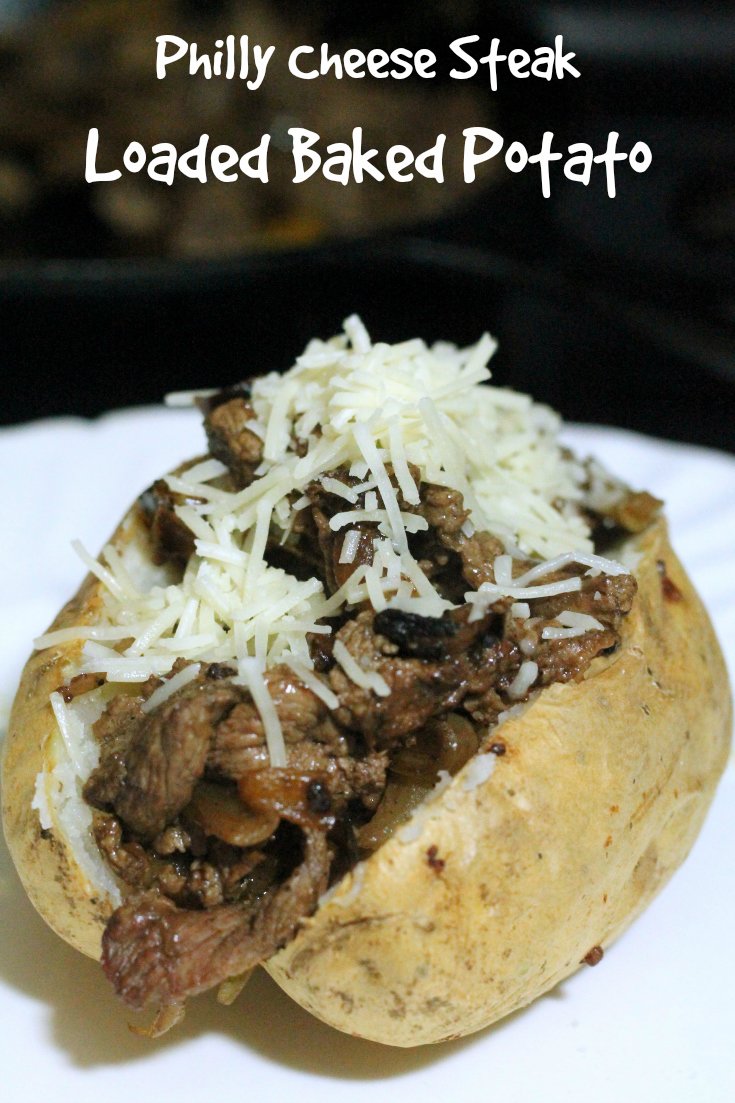