Eggplant isn’t our family’s favorite produce but I like to incorporate it into our meals occasionally for something different and to help train the kids to have open minds to different produce. It is also an affordable produce in winter that can add a bit of flavor to many dishes without overpowering them if you use it lightly.

Eggplant (aubergine) is in the nightshade family, along with  popular produce like potatoes, tomatoes, and peppers. Great news, if eggplant isn’t your favorite, it has 10% of your daily fiber but is not as nutrient dense as many of the other fruits and vegetables we’ve chatted about in this series. That’s not to say it doesn’t have nutritional benefits as it still has vitamins and minerals and is considered to be an antioxidant.

It also may have links to cardiovascular health but I’m not a scientist or nutritionist so I avoid making claims. I’d say this one doesn’t need to top your grocery list but it is helpful to know what it is and how to use it as I’ve found it can add to a dish without being in your face. It’s also nice to throw in as a flavor change up especially in winter and it’s such a beautiful color. In other words, I still suggest buying eggplant sometimes.

How to Choose Eggplant

Eggplant is found in the produce department (no one would have ever guessed that, right?). Look for a firm deep purple, white, or green pear/egg shaped fruit without soft or brown spots. Purple eggplant is the most common. While an eggplant in good condition will still have a slightly spongy feel it shouldn’t feel soft but be firm as stated above. You can tell if the eggplant is ripe by gently pressing on the skin. If it springs back it’s ripe. I prefer to use smaller eggplant as they have a milder flavor.

How to Use Eggplant

Eggplant is rather bitter and has a texture that many people don’t find appealing so I like to pair it with bolder ingredients like tomatoes but am testing an eggplant recipe that is a hit with my family.

How to Prepare Eggplant for Use

I’ve found the best way to incorporate it into our meals is with soups, pasta dishes, and sauteed mixed veggies. An easy dish is chopped onion, diced garlic, peeled and cubed eggplant, and cubed zucchini fried in a bit of oil. Once it is cooked down, add a jar of pasta sauce and heat through then serve over meat or pasta.

How to Preserve Eggplant

You can freeze eggplant if you plan on cooking it after thawing. Wash and peel the eggplant. Then slice it into rounds. Work with small batches at a time as it will discolor quickly. I learned from this resource that you should add lemon juice to your blanching water. I definitely flash freeze eggplant alone first so it is easy to take the amount I want to use in a recipe without having to store it in small amounts.

TIP 1: Flash Freezing: If you want your eggplant to freeze in individual pieces so you can package together and just use as much as you need, spread them out on a cookie sheet that’s been covered in parchment, waxed, or freezer paper. Put in freezer for 1 hour then package as you wish for freezing.

TIP 2: I use my salad spinner to get excess water off my produce after blanching and before freezing.

Eggplant has a low acid/ high pH level so it isn’t approved for water bath canning unless you are making pickled products. I don’t play with canning recipes too much since I’m not an expert at pH balances and don’t want to risk killing anyone but I have several go-to resources any time I can – Fresh Preserving and Food in Jars. I have a pressure canner but it needs a few pieces replaced (it’s the canner we used when I was a kid) so I only use recipes that can be water bath canned. See everything I use to waterbath can and steps that show just how easy it is.

By the way, I won’t be your pickling eggplant guinea pig either. It doesn’t sound appealing to me whatsoever but Fresh Preserving has a recipe for canning pickled eggplant if you would like to try it. 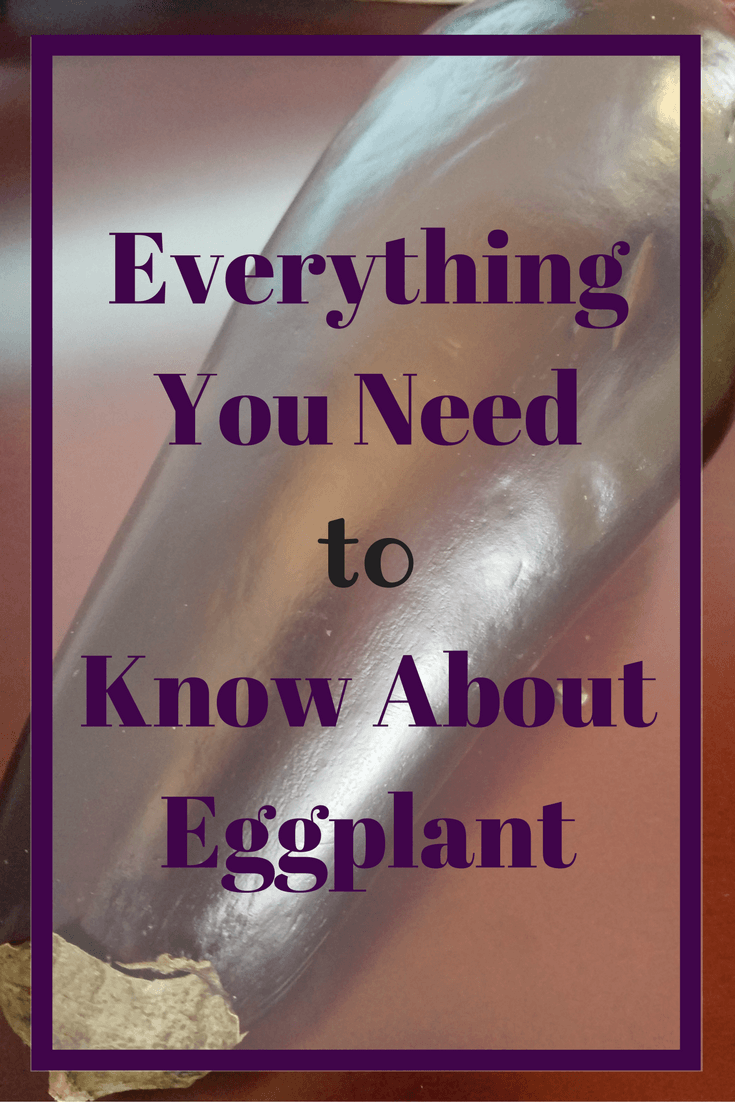